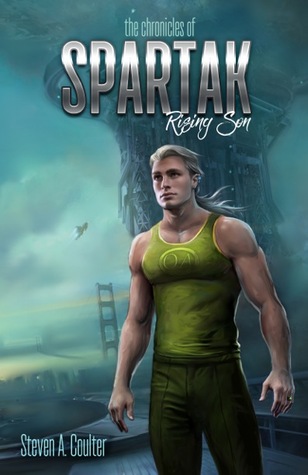 On the 4th of July in the year 2115, sixteen-year-old Spartak Jones, an Olympic-bound athlete, is betrayed, drugged, kidnapped and sold, the first legal slave since the Civil War, just as America splinters into a bloody power struggle between the families of the ruling elite. Fighting for survival, freedom and love, he proves to be a lethal warrior, resourceful, fearless, loyal, and not shy about his sexuality. His exploits awaken a long-dormant liberal underground and he becomes a symbol of hope, a handsome flesh and blood icon for an America that used to be and might be again—if he can endure.

Before going into the book the reader should know it is very dark. This is a book with murder, kidnappings, some dismemberment,and of course legalized slavery. One thing I wish I knew going into to it is that the main character is sexually assaulted and there is a history of sexual assault in his past. Spartak’s attitudes toward sex is colored by that experience,but not in a way I expected. He’s able to compartmentalize in a way a lot of people aren’t able to. It’s a testament to how strong his will is and to the will of all the Downers to survive truly.

It was really interesting seeing a world where the big divide is completely social class and not race at all.It was one of the first things I noticed and was pointed out by a character later in the book. The middle class has collapsed. The upper class or Barronials have more power than ever. Influence in the government and laws. The world is also in a state where the government is heavily influenced by religious extremist as well. Separation of church and state not really a thing here. A world where voting is even more restrictive than ever before.

It makes you think about the world today and if it’s possible for some of the things that happen in the book’s 2115 to happen in our future. A lot of it isn’t completely far-fetched honestly. I understand how the author could come up with Spartak’s world from ours. Some of it is happening in the world. The attitudes of the Barronials toward everyone else was something I definitely see in politics now.

Spartak is a really compelling protagonist. He goes through so much for the survival of his family . His own survival as well, but I really feel like it’s for his family foremost. He’s very loyal. He is extremely athletic. He’s an Olympic level athlete. He’s also bisexual, which isn’t a big deal for the most part in 2115. There are high up Barronials that are queer without it being seen as a problem. That was one thing I liked about this 2115.

Then there is Zinc. He goes through interesting changes throughout the story. I honestly feel like he’s a different person by the end of the book. I had some issues with some of his behavior. There are a lot of pressures on him, but his actions at one point was a bit much. Overall I like his character, though. He’s able to get things done when he needs to.

This book definitely makes you think and gives you a lot of moral questions. Even the characters you are rooting for like Spartak, Zinc, and Sonia do things that are a bit extreme at times.Problematic things honestly. You have to questions what would really make this society better.

As much as I liked this book it wasn’t perfect. One problem being the quickness for one character to forgive another a couple of times in the book.Another has to do with the language of servitude and eros that I definitely am not going into right now.Still I’d recommend the book and say you should see if those things are issues for yourself. I’m solidly rating this a 4 star out of 5. The book is really intellectual, fast paced, has a lot of action, good characters, and I really appreciated the way a young queer athlete and a slave becomes a symbol for a revolution.

This was an ARC I received from Netgalley. The books’s release date is May 2nd, 2016. 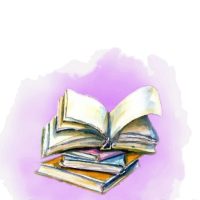 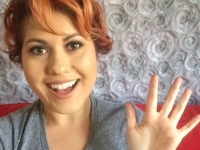 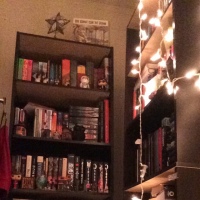